A downloadable game for Windows

What is this?
Sprite High is a short visual novel prototype made from scratch in the Unity game engine. It has an estimated playtime of ~15 minutes, if going for all achievements.

Cool, but why in Unity?
I like building and expanding on systems of my own, rather than having to learn someone else’s. The best way to escape a game engine's default template is to make your own!

Will you release the system for others to use?
Maybe one day, but for now it’s still too rough and unpolished. If I was to release something it had to be crystal clear how the system worked to an external user, and the workflow needs to be made more intuitive.

So, what’s Sprite High about?
I don’t want to “spoil” too much of the story, but I can say that I took a very light-hearted and self-aware approach to the writing. It's about someone who gets trapped inside a visual novel, but all the characters are aware of the fact that it's a simulation. It's my way of writing a fun, quick story to test the mechanics.

Any NSFW content?
The demo doesn’t cover any overly mature themes, so it should be suitable for most viewers. Some minor innuendo and existential dread may be encountered though.

Does it save my progress?
Yes. All achievements and cleared scenes are saved locally on your computer, as well as the game’s adjustable settings. However, it does not feature a traditional save slot feature.

It doesn’t have that iconic save/load feature?
I have omitted this feature in the current version, and rather made the scenes short and sweet, with a scene select that becomes available after clearing a scene. The way I handle setting up scenes lends itself to fast iteration, but not necessarily easy saving. It’s something I’ll have to work more on in the future.

There are some nice assets in this, where are they from?
I decided to use some wonderful premade sprites found here on Itch in the demo. A full list to all the artists who contributed art, fonts and music is found here: http://bit.ly/SpriteHighCredits

What are the controls?
A full list of the controls are found in-game. The most important key is the left CTRL key, which is used to enter skip-mode. Good for replaying and checking out different endings after an initial playthrough.

I can’t find my resolution on the dropdown list!
The game only supports 16:9 or 16:10 resolutions. Other resolutions would cut off characters on the side of the screen. I apologize if that causes any inconveniences!

Thank you for taking the time to check out this little project among the sea of great visual novels on this site!

I've never played DDLC, nor watched any playthrough of it.
These characters are from a pack on Itch, I did not create them.
It's a short, free prototype so I can play around with game systems, I don't see any reason to take offense :)

just look at the DDLC characters and you'll know what I'm talking about. Not being rude or anything it just was really odd

I hope that you will treat your OCs well. 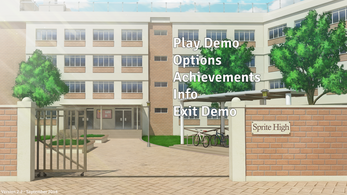 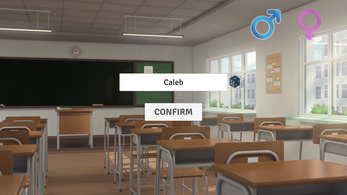 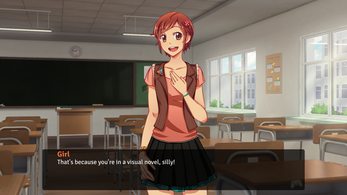 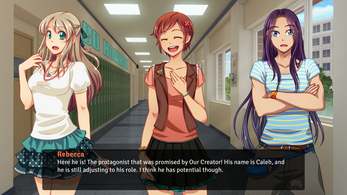 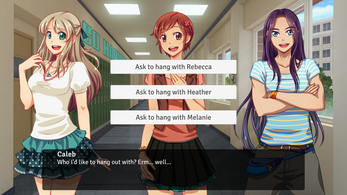